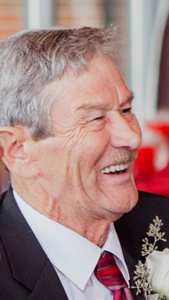 Dale Arthur Leifso, aged 78 years of Moose Jaw, passed away on December 3, 2021.  Dale was born in Assiniboia and spent the first half of his life as a hog farmer in the Crane Valley area. He moved into Moose Jaw with his wife Carol in the 1980s, where he spent time as a boilermaker, long-haul trucker, crop adjuster and farm hand.

Dale had a thirst for knowledge that was never quenched.  His nose could always be found in a book, from National Geographic magazines to history books to atlases and novels. Dale’s interest in the world extended beyond books. Ever a polymath, he dabbled in painting, gardening, flying planes, and playing the guitar and accordion.  In 1971, he travelled across Europe and had a lifetime of stories from his adventures.

A product of life on a prairie farm, Dale retained a strong sense of engaged citizenship. He was a member of countless community organizations. In Crane Valley he sat on the board of the local Co-Op and the Wheat Pool and was a member of the Masonic Freemasons and Kinsmen.  After moving into Moose Jaw, he was an active member of the Fraternal Order of Eagles, becoming president first of the Moose Jaw chapter before becoming Provincial President for Saskatchewan and Alberta. His community-mindedness drove his interest in politics and involvement with the CCF-NDP.  In 1967, Dale ran for a seat in the Saskatchewan Legislative Assembly in the riding of Bengough.

To know Dale was to know a gentle soul.  Soft-spoken with a mischievous grin and an infectious laugh, he loved chats with seemingly everyone.  His family has countless stories of being out in public, realizing he was no longer next to them, then finding him visiting with someone, either a stranger or an acquaintance he had met through his many commitments.  As dementia stripped him of his memories and his few pretenses, it was his kindness that remained in the form of a gentle, sweet man.

Dale met the love of his life Carol when he visited the Razor Inn, where she was a barber, for a haircut. Soon thereafter, he wooed her with his famously smooth dance moves and they married in 1977. Their love was unshaken even when he moved into Providence Place, where the two of them could often be found holding hands.  After Carol passed away in 2018 and son Justin pursued an academic career in Edmonton and Victoria, his sister Audrey served as his most consistent visitor and protector.

Dale is predeceased by Carol and his parents Art and Cora. He is survived by son Justin (Rhiannon); stepdaughters Glenda (Grant) and Leanne; and siblings Audrey, Faye (Kenzie) and Brian (Faith).  A Celebration of Dale’s life will take place in the spring. Until then, we ask that you remember Dale’s smile and the example he set with his community service.  In lieu of flowers, donations in Dale’s name may be made to the Alzheimer Association of Saskatchewan, 301 – 2550 – 12th Ave, Regina, SK S4P 3X1.  Arrangements are entrusted to Moose Jaw Funeral Home, 268 Mulberry Lane.  Todd Sjoberg, Funeral Director 306-693-4550