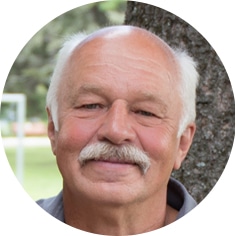 It is with great sadness that we announce the sudden passing of Ron on Saturday, January 12th, 2019 at the age of 60 years.  Ron was born on October 19th, 1958 in Moose Jaw, Saskatchewan.  He was predeceased by his father, Budd Lawson; mother, Joan Lawson; wife, Darlene Lawson; mother-in-law, Lorraine Schinold; and sister-in-law, Jeannie Schinold.  Ron is survived by his significant other, Cindy Campbell; children: Milissa Lawson (Ryan) and Matthew Lawson (Robyn); two very special grandchildren, Rebecca (or as he called her “Shirley”) and Evan (or as he called him “Wilbur”); siblings, Richard Lawson (Debbie) and Robert Lawson; siblings-in-law: Doug Schinold (Mary), Frank Schinold (Sharon), Shelley Watson (Bruce), Tom Schinold (Michelle), and Rodney Schinold (Tammie); many nieces and nephews; very best friends, Curtis and Michelle Englesman; and many other friends.  Eight years ago Ron became a grandfather and it was truly the greatest joy of his life. He spent many summers at Lake Diefenbaker with his large extended family enjoying pot-lucks, bonfires, watercrafting, and quading. Ron was a humorous jokester who was sure to put a smile on everyone’s face. Ron loved anything with a motor and enjoyed tinkering in his garage. One of his greatest passions was that of music! He loved playing guitar and enjoyed jamming with the boys in the garage.  Ron enjoyed many happy years with his wife Darlene until her passing in 2016, after which he found love and life again with Cindy. Family and friends were absolutely everything to Ron and he will be greatly missed by all those whom knew and loved him.  The Funeral Service will be held on Saturday, January 19th, 2019 at 4:00 p.m. in Moose Jaw Funeral Home with Dave Foley officiating.  Those so wishing may make a donation in Ron’s name to the Elbow Cemetery Fund, Box 8, Elbow, SK S0H 1J0.  Arrangements are entrusted to Moose Jaw Funeral Home, 268 Mulberry Lane. James Murdock, Funeral Director 306-693-4550.