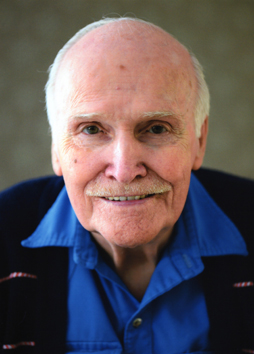 The family announces the passing of James Alexander Lawrence of Moose Jaw, SK, on Thursday, May 5th, 2022 at the Ross Payant Centennial Nursing Home in Assiniboia, SK, at 92 years of age.  He was born at his parent’s farm south west of Boharm, SK on April 16th, 1930.  He attended Clayhill, Alexandra and Peacock Schools.  James retired from the City of Moose Jaw Assessors Office, where he worked for 23 years.  He moved to Limerick, SK in 2013 to be closer to his family, and then later on to Ross Payant Nursing Home in Assiniboia, where he met a lot of good friends along the way.  He was predeceased by his parents, William and Lyla Lawrence; three sisters: Viola Robinson, Phyllis Hellings and Elsie Straub; brother, Stan and three wives: Evelyn (née Seifert), Joyce Seidler (née Weeres) and Mary King (née Byford); James’s very best friend, Sylvia Gooding; sister-in-law, Mildred Lawrence; two nephews, one niece and two cousins.  James will be missed by his daughter, Sheryl (Randy) LaRochelle; three grandchildren: Natasha (Corey), Marissa and Mariah; two great grandchildren, Kylie and Kaylee; as well as several nieces and nephews and one cousin.  In keeping with James’s wishes, no funeral service will take place.  In lieu of flowers, donations may be made in James’s name to a charity of one’s choice. The family would like to give their heartfelt gratitude to the staff at Ross Payant Care Home in Assiniboia for the excellent care and compassion that they gave towards James during his time there.  Arrangements are entrusted to Moose Jaw Funeral Home, 268 Mulberry Lane.  Michelle Ellis, Funeral Director 306-693-4550