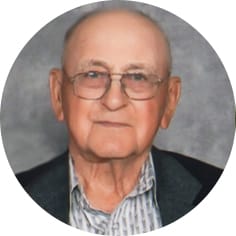 It is with profound sadness we announce the sudden passing of our beloved Dad, Husband, Grandfather and Great-Grandfather, Andrew Adolph Lasota, aged 89 years of Chaplin, SK on Thursday, October 31st, 2019.  Andrew was born on September 30th, 1930 in the Secretan area.  He was predeceased by his parents, Andrew and Dorothy Lasota; mother and father-in-law, Minnie and George Gleim; sister, Helen May; and brother-in-law, Ed Marzolf.  Andy met Helen Gleim and they were married in the Chaplin Lutheran Church on June 30th, 1958.  Andy is survived by his loving wife of 61 years, Helen; their children and families: Ron (Karen), Jason, Greg and Brandon; Dale (Amy), Danielle (Jeremy) Kahel, Hailey and Hayes, Jacie (Mike), Taydem, Emmett and Brynlee; Wendy (Wayne), Cody, Clay (Jesse) and Jackson, Jared (Jocelyn), Ayden and Lukas, Megan (Chris) and Kyle; his brother, Alex Lasota; sister, Dorothy Marzolf and family; brothers-in-law and sisters-in-law: Gordon (Elsie) Gleim and family, Terrance (Eileen) McKee and family, Robert Gleim and family, and Orville May and family.  Andy & Helen farmed all of their life in the Chaplin and Parkbeg district up until Andy’s passing. He loved going to auctions and cattle sales. He could always be found visiting at Johnstone’s Auction Mart, Great Plaines Auction, and Heartland Livestock. He would attend many of their sales with his sons and grandsons throughout his life.  Andy loved working the land and tending to his cattle. He loved family gatherings and was so proud of each of his children and grandchildren in how they adopted the hard working ethics he taught them at such a young age. His grandchildren could often be seen riding around in a tractor or combine, learning the ropes of farming and he has a sense of pride in all of them.  Andy enjoyed visiting with his farm neighbors and much appreciated the help they gave him over the years. Andy and Helen would do weekly trips to Moose Jaw and Andy could be found riding his scooter in Superstore in search of bargains and visiting with those he knew along the way. Andy was so appreciative of his wife, children and grandchildren always giving him a helping hand in his last year when he was unable to do things on his own.  He could always be found doing repairs on his equipment and could often be seen with his tractor and swather cutting hay in the ditches down the #1 Highway and giving a wave to everyone who honked their horn. In Andy’s later years, he passed his time tinkering in Ron’s shop and always found something to fix or work on. He always had a pocket full of staples, nails, washers, and his special little plier in case it was needed for a quick fix.  We were so very grateful he was able to see the crop come off this fall. Andy always enjoyed a good meal with his family, especially at his favorites The Uptown and Joey’s Only. There wasn’t a day that went by that Andy didn’t want to be outside to check the cattle at the farm and check how the crops were doing, and we know in our hearts he will always be a farmer up in the land above. The Funeral Service will be held on Tuesday, November 5th, 2019 at 11:30 a.m. in Moose Jaw Funeral Home.  Pastor Marvin Seaborg will officiate and interment will take place at Chaplin Cemetery.  In lieu of flowers, donations in Andy’s name may be made to the Jim Pattison Children’s Hospital Foundation, 1 – 345 Third Avenue S, Saskatoon, SK S7K 1M6, Chaplin First Responders, Box 155, Chaplin, SK S0H 0V0 or to a charity of one’s choice.  Arrangements are entrusted to Moose Jaw Funeral Home, 268 Mulberry Lane. Todd Sjoberg, Funeral Director 306-693-4550.