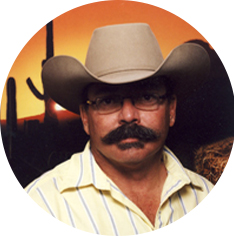 It is with heavy hearts that we announce Nick’s sudden passing at the age of 59 years on Friday May 6th, 2016.  He was predeceased by his parents Steve and Gladys Koshman, grandparents and numerous aunts and uncles.  Nick is survived by his best friend and soul mate Pat Short; sons: Colin (Amy) Demasson and Nicholas (Ashley) Koshman; daughter Sara (Dylan) Koshman; sister Dalynne Koshman; brothers: Dan and Rob Koshman and step sons Lee Short and Daniel Short.  Beloved and special grandchildren: Annika Singer, Nicholas Koshman III, Ireland and Kai Short, and their mother Deanna Pelletier and Jayia Short and her mother Danae Allin; mother in-law Joy Hutchinson; sisters in-law: Doris (Cliff) Dunlop, Brenda (John) Robinson, Sandra (Brian) Maginley and Muriel (John) Morhart and numerous aunts, uncles, nieces and nephews.  Nick was born and raised in Moose Jaw.  He attended Westmount School and Riverview Collegiate where he spent a short time and always said he went in the front door and out the back.  Nick was employed at the CPR for 38 years retiring in 2012.  Nick loved spending time with family especially his children and grandchildren, horses (he always wanted to be a cow folk), dancing, having a good drink of scotch and going for coffee with his buddies from the CPR.  In his younger years he loved spending time in Hodgeville with family.  Nick had a good sense of humor even during his illness which presented new challenges almost daily.  He was also a big tease.  Nick will be missed by all who knew him.  The Funeral Service will be held on Friday, May 13th, 2016 at 1:30 p.m. in Moose Jaw Funeral Home followed by a private family interment at Rosedale Cemetery.  Rev. Doug Shepherd will officiate.  Flowers are gratefully declined.  As an expression of sympathy donations in Nick’s memory may be made to the Parkinson (Research) Canada, 610 Duchess Street, Saskatoon, Saskatchewan.  S7K 0R1. Arrangements are entrusted to Moose Jaw Funeral Home, 268 Mulberry Lane.  Calvin Gammel, Funeral Director 306-693-4550