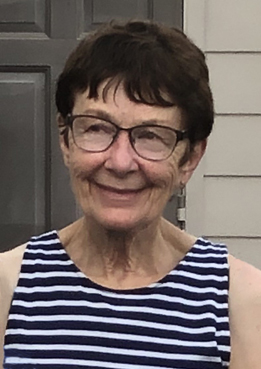 Agnes was born to Helen and John Yaneshewski on September 18, 1947. Growing up on the family farm near Wishart, she attended Honey Bank School, the same school-house as did her father. She met her soul mate Bill in 1967, and they married two years later. Agnes worked in Regina until her first child was born, and then she took on the most important job, that of being a mom. Agnes took great pride in preparing family meals and was always willing to pass down the recipes to the next generation. Gardening and then canning the harvest was an annual tradition.

Her faith in God was strong and she would start and end each day praying the rosary. Family was cherished and meant everything to her. Agnes dedicated her life to her husband, children and grandchildren and will be greatly missed.

Agnes was predeceased by her mother Helen, her father John and her brother Eddie. Left to cherish her memory is Bill, her husband of nearly 53 years, Bill; her daughters, Tracy and Andrea (Trevor) and son Kevin (Tina); the grandchildren whom she dearly loved Paige, Austin, Logan, Lucas and Landen. Agnes is also lovingly remembered by her sister Elizabeth (Walter) and brother Garry. A Funeral Service to honour Agnes will be held on Thursday, May 19, 2022 at 10:00 a.m. in Moose Jaw Funeral Home.  Deacon Lamont Dyck will officiate.  Those not able to attend are invited to view the service virtually by going to www.moosejawfuneralhome.com/webcast/. Donations in Agnes’s name may be made to Food for the Hungry Canada, www.fhcanada.org.  Arrangements are entrusted to Moose Jaw Funeral Home, 268 Mulberry Lane.  Gary McDowell, Funeral Director 306-693-4550