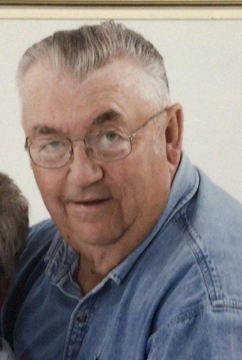 It is with great sadness that we announce the passing of George Leslie Kinnon at the age of 92 years.  George was born on August 31st, 1930 and passed away on Wednesday, September 21st, 2022 in Moose Jaw, Saskatchewan.  He was predeceased by his parents, John and Isla Kinnon; infant sister, Ruth; infant brother, Merle; and older brother, Kenneth.  George is survived by his wife, Norma Kinnon (née: Moir); daughters: Michelle (Robin) Getz of Medway, Massachusetts and their children Matthew, Lauren and Isaac, and Sandra Owatz of Rossland, BC and her children Samuel and Sarah.

George was raised in Moose Jaw, Saskatchewan and attended public school there before pursuing an auto-body apprenticeship at Patterson Motors.  George had long held the desire to fulfill the meaning of his given name and become a farmer.  Initially, he purchased land south of Moose Jaw before settling on a farm in the Tuxford area in 1962.  Perseverance and his strong work ethic gave him success in both cattle and grain farming.  In 1963, George and Norma wed.  For 59 years they worked together to raise a family and weather the many ups and downs of farm life.  George was a regular attendee of coffee row in Tuxford, and then later in Moose Jaw, where he made many friends throughout the years.

In keeping with George’s wishes, a Private Family Service will be held.  As an expression of sympathy, donations in George’s name may be made to Operation Owatz, a fund established in 2021 in memory of his son-in-law Dr. Todd Owatz.  To donate directly to Operation Owatz: on-line @ www.kbrhhealthfoundation.ca (select ‘other’, type Operation Owatz) or call KBRH Health Foundation at 250-364-3424.  Cheques can be mailed to Kootenay Boundary Hospital Health Foundation, 1200 Hospital Bench, Trail, BC V1R 4M1.  Cheques can be made payable to the Foundation with “Operation Owatz” noted on the cheque.  Arrangements are entrusted to Moose Jaw Funeral Home, 268 Mulberry Lane.  Gary McDowell, Funeral Director 306-693-4550