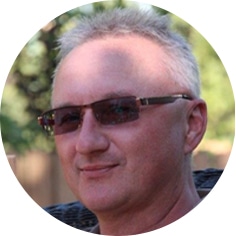 It is with heavy hearts that we announce the sudden passing of Herbert Roy Kannenberg on Wednesday, February 4th, 2015 at the age of 55 years.  He was predeceased by his parents, Hedwig and Johann; and siblings, Gerhard and Hedwig.  Herb is survived by his spouse, Shirley; three children: Tyler (Kendra), Chelsi (Jeff) and Kiera (Derrick); six grandchildren: Kardyn, Kaizley, Kiptyn, Liam, Owen and Harper; as well as several close siblings: Freidrich, Antoine, Hilda, Karl, Lisa, Anita and Rob.  Herb’s love and devotion for his family and the passion he carried for the outdoors will forever be missed.  A Private Family Service will be held.  Arrangements are entrusted to Moose Jaw Funeral Home, 268 Mulberry Lane.  Calvin Gammel, Funeral Director 306-693-4550