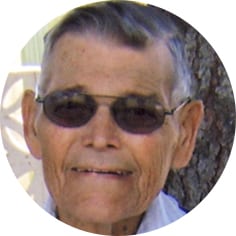 Stan Wayne Jones (Hoss) passed away at home, surrounded by his family on Sunday, October 26th, 2008. The Funeral Service will be held on Thursday, October 30th, at 2:00 p.m. in the Alliance Church. Rev. Doug Shepherd will officiate with interment at Sunset Cemetery. Stan was an honourable man who loved life, his family, music, karaoke and the computer. At the early age of 16 he started working at Redi Mix Concrete and continued to work there for 47 years. He played in several bands and jam sessions in Moose Jaw. He was a member of the Fraternal Order of Eagles, becoming Chaplin. Stan was predeceased by his parents, Erald and Irene Jones; brother Don of Penticton, B.C.; and sister Karen Shaw of Okanagan Falls, B.C. He is lovingly remembered and sadly missed by his wife Marian; son Darren (Charity) and grandson, Cody; his brother Bob and sister Ruth (Peter) Gorda all of Moose Jaw; father and mother-in-law Nicholas and Lillian Wog; sisters-in-law Irene, Ester, Edna, Marg, Cassie and Marlene; brothers-in-law Robert, Chuck (Fina) and Don Wog; and many nieces and nephews. For those so wishing, memorials in Stan’s name may be sent to the Canadian Cancer Society Research for Leukemia, 61B Ross St. W., Moose Jaw, Sask. S6H 2M2.