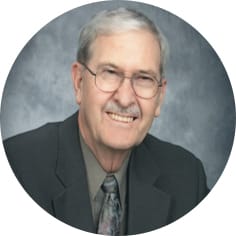 Kenneth Edward Jones, aged 85 years of Regina, SK passed away on Monday, January 20th, 2020.  Ken was born in 1934 at Balcarres, SK to David and Alma Jones.  He moved to the district of Edgeley, SK in 1946 with his family and enjoyed the friendship of his Donamar friends and school.  Ken then moved to Indian Head, SK in 1955 where he worked in his chosen trade and later moved to Regina, where he set up his own business, Speedy Gas, in 1961.  In 1977, he moved to Moose Jaw, SK and became a Gas Inspector with the Provincial Government. Ken and his wife Phyllis moved back to Regina in 1989 and Ken became Superintendent of Technical Services for Gas Inspection with SaskPower, retiring in 1997.  He made many friends and people who knew him will remember his fairness, expertise and keen sense of humour. Ken was involved with the Toastmasters, Canadian Club, Westminster United Church, and Mutchmore Lodge. During his retirement, Ken spent many happy days making wine, creating stained glass art, being a member of the Eastside United Church, and travelling in his motor home.  He was predeceased by his wife of 56 years, Phyllis Jones; father, David Jones; mother, Alma Jones; brothers, Mervin Jones and Eldon Jones; sisters: Audrey Williamson, Gwen Jones, and Phyllis Cameron; brother-in-law, Ray Cameron; and sisters-in-law, June Jones and Elaine Jones. Ken will be lovingly remembered by his brother, Lloyd Jones; as well as several nieces and nephews. The Funeral Service will be held on Wednesday, February 5th, 2020 at 1:00 p.m. in Eastside United Church, 3018 Doan Drive, Regina, SK.  Russell Mitchell-Walker will officiate and a private family interment will take place in Rosedale Cemetery at a later date.  As an expression of sympathy, donations in Ken’s name may be made to the Alzheimer Association of Saskatchewan, 301 – 2550 – 12th Ave, Regina, SK S4P 3X1.  Arrangements are entrusted to Moose Jaw Funeral Home, 268 Mulberry Lane. Andrew Pratt Funeral Director 306-693-4550.