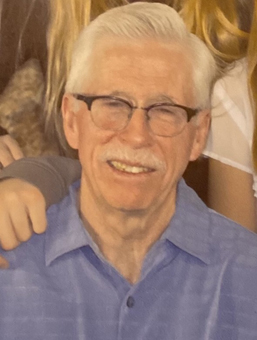 We are saddened to announce the passing of a dear husband, father, and grandfather, Norman Gregory Johnston on Thursday, October 21st, 2021 at the Wascana Rehabilitation Center in Regina, SK.  He was predeceased by his parents, Harvey and Merle Johnston; and brother, Allan Johnston.  Greg is survived by his wife of 50 years, Cheryl Johnston; son, Danny Johnston; daughter, Christy Hehir; son, Corey (Janelle) Johnston; and grandchildren: Bailey Hehir, Adria Johnston, MacKenna Hehir, and Alliah Johnston.  Greg was born on March 20th, 1946 in Kirkland, Lake Ontario.  He was the youngest of two children.  His family moved to Maymont, SK when Greg was 1 year old.  Greg started his career as a banker out of high school and in 1969 he joined the Bank of B.C. where he lived and worked for three years.  Greg met his future wife while coaching a girls financial soft ball league in Regina.  She would follow him back to B.C. where they got married on April 10th, 1971 and moved back to Regina in 1972.  Greg was highly respected at the Credit Union where he worked for most of his career.  It was here he met lifelong friends whom he spent years curling with in a Financial League.  He curled in bonspiels in Regina, out of town, and numerous infamous Wilkie trips.  For countless years Greg would spend Friday afternoons with friends at The Crown and Hand Pub.  Even the grandkids knew not to ask for rides or favours on Friday’s, as he would be busy with “The Old Boys Club”.  Greg was known to always have a baseball or football game on, especially if the Roughriders or Blue Jays were playing.  He attended many games over the years, including travelling to watch baseball games in numerous stadiums.  Greg spent his retirement travelling with his wife, gardening, going for walks, helping his in-laws, reading countless books, and was infamous for always helping his kids and grandkids.  He always said it gave him purpose.  He loved family get-togethers at his house and he truly loved having his family around.  Our heartfelt appreciation goes out to the staff at the General Hospital, Pasqua Hospital, and Wascana Rehab for their kindness in his final days.  A Private Celebration of Greg’s Life will be held on Saturday, October 30th, 2021 at 1:00 p.m. and will be live-streamed for those wishing to view the service virtually at Fishbowlvideo.com.  Arrangements are entrusted to Moose Jaw Funeral Home, 268 Mulberry Lane.  Andrew Pratt, Funeral Director 306-693-4550