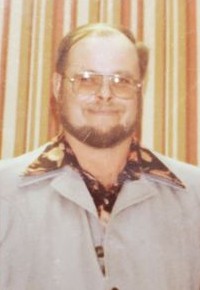 The family of William Morris Johnson are deeply saddened to announce the passing of Bill on Sunday, May 16th, 2021 in Regina, SK at the age of 74 years.  Bill was born in Regina on June 4th, 1946, a twin who was also called William.  After completing some high school, Bill worked for the RM of Stalwart and farmed with his Dad at Liberty, SK.

He was predeceased by his parents, William Johnson on May 24th, 2000 and Mildred Johnson (née: Weoppel) in January 1999; and his twin brother, William on June 6th, 1946.  Bill married in 1970 and had four children: Erle Johnson, April Leclerc, Diane Schiltroth and Sheila Johnson; and 10 grandchildren.  Bill is also survived by his brothers, Warren and Neil; as well as many nieces and nephews.  In keeping with Bill’s wishes, a Private Family Service will be held.  Arrangements are entrusted to Moose Jaw Funeral Home, 268 Mulberry Lane.  Todd Sjoberg, Funeral Director 306-693-4550