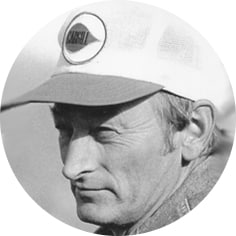 Kenneth Walter Johnson, aged 88 years of Moose Jaw, SK went home to be with his Lord and Savior on Monday, November 4th, 2019.  Ken was born on March 14th, 1931 and grew up on the family farm in the Qu’Appelle Valley, where he attended Coyote Run School.  Ken married Wilhemine Swanston on August 13th, 1955.  They bought a farm in the Stoney Beach area, only a few miles from where he grew up, and there they farmed and raised their children.  Ken was involved in his community, serving many years as a Councillor and as Reave for the Municipality of Pense. He was also involved with his church, serving as a board member and an usher.  Wilhemine passed away on July 1st, 2000.  Ken then married Violet Neamtu and in 2008, they relocated to Moose Jaw.  Ken, having Alzheimer’s disease, spent the last 5 years in Providence Place where he received exceptional care by the attentive staff.  He was predeceased by his wife, Wilhemine; parents, Walter and Iris; and sister, Lillian Firth. Ken is survived by his sister, Lois McMillan; his 2nd wife, Vi; children: Connie Johnson, Colleen Johnson, Keith (Cheryl) Johnson, and Craig Johnson; grandchildren: Leah, Terah, Brian, Luke and Mark; seven great-grandchildren; as well as many nieces and nephews.  The Funeral Service will be held on Saturday, November 9th, 2019 at 10:30 a.m. in Moose Jaw Funeral Home.  As an expression of sympathy, donations in Ken’s name may be made to Providence Place Foundation, 100 – 2nd Ave NE, Moose Jaw, SK S6H 1B8.  Arrangements are entrusted to Moose Jaw Funeral Home, 268 Mulberry Lane. Michelle Surtees, Funeral Director 306-693-4550.