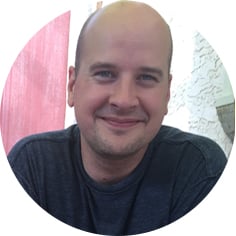 Jonathan David Johnson of Moose Jaw SK, passed away on Tuesday May 21st, 2019 at 35 years of age.  Jonathan was predeceased by his mother, Yvonne in 2014.  He will be lovingly remembered by his wife, Kara; father, Blaine; Kara’s parents, Emerson and Karen Koch; sister-in-law, Nadine (Todd); brother-in-law, Cole; nieces, Reese and Everly; nephew, Emery as well as aunts, uncles and cousins and numerous special friends that Jon considered as family.  Jonathan David Johnson was born in Moose Jaw, SK. on February 18, 1984. He attended school at Palliser Heights, Central Collegiate and graduated from the University of Saskatchewan with a B.Sc.in Mechanical Engineering. Jon married his best friend, Kara Koch on June 24, 2017 and resided in Moose Jaw until his passing.  Jon was motivated to learn, and to conquer anything that wasn’t familiar to him. He was a dedicated employee who gave every effort to ensure he was executing his work to the highest standard. He was intelligent, kind, compassionate, funny and silly to name a very few. He was willing to listen, learn and have a conversation about anything you brought to him.  Jon enjoyed the outdoors; fishing, hunting, golfing, camping and skiing. Indoors you could find him playing video games, hosting and playing poker and attending Thirsty Thursdays. To say Jon loved his friends, some of them like his family, is a simple understatement. Jonathan was a loving son who missed his mother dearly and found happiness and comfort in spending as much time with his dad that he could.  Jon’s friends always told Kara how perfect she was for him, and he truly loved her more than anything. And for Kara, Jon was the partner and teammate that she had always been looking for. A Funeral Service to celebrate Jonathan’s life will be held on Monday, May 27th, 2019 at 11:00 AM at the Hillcrest Apostolic Church, 1550 Main Street North, Moose Jaw, SK.  Pastor Marvin Seaborg will officiate.  In lieu of flowers, donations in Jonathan’s name may be made to The Riverside Mission Inc. 40 Manitoba St East, Moose Jaw, SK S6H 0A2.  Arrangements are entrusted to Moose Jaw Funeral Home, 268 Mulberry Lane. Todd Sjoberg, Funeral Director 306-693-4550.