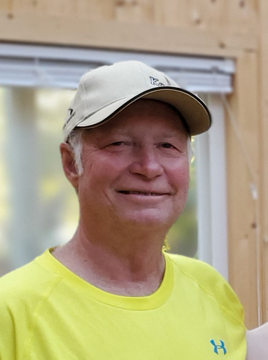 With loving hearts, we announce Gary Williamson Inglis, 70, passed away suddenly on October 13th, at his home in Moose Jaw, Sk. He is predeceased by his father and mother Jim and Florine Inglis, and his father and mother in-law Jim and Ellen Scott. He is survived by his loving wife and best friend Marilyn, sons, Jason (Lindsay), and Jeff (Laurel). He will be fondly remembered by his 6 grandchildren, Brittany (Kerby), Kelsay, Harmony, Hunter, Gavin, Harrison, and his great grandson Grady.

Gary had a lifelong love of Hunting and Hockey where he formed many close bonds with family and friends. Gary was also a dedicated long time Warriors fan. He started working at Canadian Pacific Railway at an early age and continued his career there until he retired in 2006. He enjoyed his yearly trips to Maui and looked forward to spending time with his Maui Kai friends.

Gary will be greatly missed by those whose lives he touched. In keeping with Gary’s wishes, no Funeral Service will take place.  In lieu of flowers, donations may be made in Gary’s name to the Heart and Stroke Foundation of Sask. Unit 26 – 1738 Quebec Avenue Saskatoon, SK S7K 1V9 or to the Canadian Cancer Society 1910 McIntyre St Regina, SK S4P 2R3.  Arrangements are entrusted to Moose Jaw Funeral Home, 268 Mulberry Lane.  Michelle Ellis, Funeral Director 306-693-4550