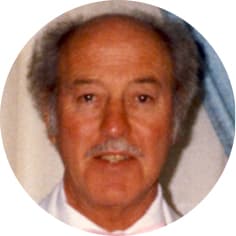 It is with great sorrow that the family of Harold “Bud” Hooper, announce his passing on Sunday, February 17th, 2008, after a courageous battle with cancer. The Funeral Service will be held on Thursday, February 21st, 2008 at 2:00 p.m. in Moose Jaw Funeral Home. Rev. Dave Moore will officiate and interment will take place at a later date in Ontario. Bud was born on July 28th, 1928, the youngest of 11 children in Oshawa, Ontario. Bud was predeceased by his parents; nine siblings, all born in Newfoundland; and one great granddaughter. He is survived by his brother Stan (Dorothy); son Paul (Carol) and their children Nolan, Erin and Bethany; and son Terry (Debbie) and their children Amy, David and Brad; daughter Cheryl (Don) Neville and her children Dustin, Carly and Christa; their mother Betty; two great grandchildren; as well as many nieces and nephews. Also mourning his loss is his companion of 27 years, Bev Smerechinski and her children Lyn Sackvie and her children Ken, Andrea and Danielle; son Larry (Diane) and their children Branden and Caitlin. Bud was in the ministry in Ontario before moving West to Moose Jaw where he was employed at 15 Wing before retiring in 1993. He will best be remembered for his great sense of humor and his Master of Ceremonies duties at the Royal Canadian Legion Variety Shows. In Lieu of flowers, contributions made to the Canadian Cancer Society, 61B Ross St. W., Moose Jaw, Sask. S6H 2M2 or the Moose Jaw Health Foundation, 455 Fairford St. E., Moose Jaw, Sk, S6H 1H3 in Bud’s name would be appreciated by the family.