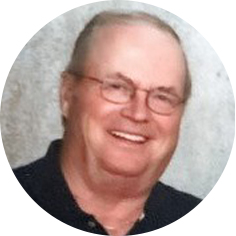 It is with great sadness the family of Eric Vernon Holt announce his passing.  Eric passed away peacefully on Thursday, July 2nd, 2020 at his home in Moose Jaw, SK with his family by his side.  Eric was born in Bengough, Saskatchewan on May 28th, 1942 to Henrik and Vera Holt.  He was the third child of nine in the Holt family.  He married Doris Marie Holt (née: VanAlstyne) in 1969.  Eric and Doris raised three children, two sons and a daughter.  Eric had an incredible zest for life.  He had a smile on his face and a willingness and passion to talk to anyone.  He was an extremely proud father and grandfather to eight grandchildren.  Eric was an avid sports fan and was always his children and grandchildren’s biggest fan.  His competitive nature definitely came through at any hockey arena, ball diamond, or gymnasium, as anyone who sat near him can attest to.  After receiving his Agriculture degree from University of Saskatchewan in 1966, Eric began his career with the Saskatchewan Wheat Pool in Canora, SK.  In 1971 he moved back to Bengough to farm, but several years later in 1984, returned to work with the Wheat Pool in Porcupine Plain, Oxbow, and one final stop in Moose Jaw before retiring in 2000.  Eric’s farming background was evident in the love of his yard.  He was super meticulous and took great pride knowing he had the best lawn on the block.  Eric is survived by his loving wife of fifty years, Doris; children: Lindsay (Linda, Teagan, Dawson, Paris), Kelsey (Erin, Harper, Henrik, Emerson), and Tammy (Marvin, Rees, Maryn); brothers: Neal, Keith, Dennis, and Wayne; sisters, Margaret, Shirley, and Karen; as well as numerous nieces and nephews.  Eric was predeceased by his parents, Henrik and Vera Holt and his brother, Garry.  We would like to extend our sincere gratitude to Dr. Braun and the entire Palliative Home Care Team in Moose Jaw.  Their care and compassion was incredible and so appreciated as it allowed Eric to remain at home until his passing.  Due to the Covid-19 restrictions in place in Saskatchewan, a Private Family Service will be held at a later date.  In lieu of flowers, donations in Eric’s name may be made to the Canadian Cancer Society, 1910 McIntyre St, Regina, SK S4P 2R3.  Arrangements are entrusted to Moose Jaw Funeral Home, 268 Mulberry Lane.  Andrew Pratt Funeral Director 306-693-4550.