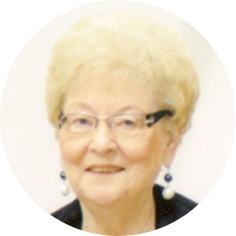 Isabelle Laura Higgins (née Johnston) passed away on Thursday, February 9th, 2017 at Pioneer Lodge in Moose Jaw, SK at the age of 81 years.  Isabelle was born on June 12th, 1935 to Robert and Fern Johnston.  She spent 30 years of her life and career in San Francisco, California before moving to Calgary, AB and then to Moose Jaw.  She was predeceased by her husband, George Higgins; her parents; sister, Shirley Andrews; three brothers-in-law; and one nephew.  Isabelle will be lovingly remembered by her sisters: Lenore McDowell, Jackie McLeod (Mick), Betty Lou Juhnke, Paulette Crawford (Bob), and Judy Gray (Darl); her stepchildren and their families in the United States; as well as many nieces and nephews, cousins, and friends.  A Service of Remembrance will be held on Thursday, February 16th, 2017 at 11:00 a.m. in Moose Jaw Funeral Home.  Interment will take place at Sunset Cemetery.  As an expression of sympathy, donations in Isabelle’s name may be made to The Gideons International in Canada. P.O. Box 3619 Stn Main, Guelph, ON N1H 9Z9.  Arrangements are entrusted to Moose Jaw Funeral Home, 268 Mulberry Lane.  Gary McDowell, Funeral Director 306-693-4550