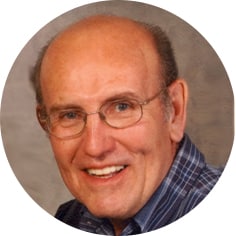 Richard Howard Heath, aged 72 years of Moose Jaw, SK, passed away Sunday, April 22nd, 2012. Dick is survived by his best friend and wife of nearly 48 years, Phyllis; children: Kathie (Wayne) Alm, Dean (Cori), Wade (Stacey) and their three children Connor, Dylan and Ashlyn.  Dick worked at SaskTel for 38 years, retiring in 1998.  After retiring, he did woodworking, making some beautiful oak furniture that will be treasured forever.  He was a football enthusiast and enjoyed attending Rider games with Phyllis.  He loved working on his computer and especially spending lots of time with our precious grandchildren, Connor, Dylan and Ashlyn.  They were an absolute joy for him.  He enjoyed Wade’s invitations to the lake for some R & R and also for his help with any computer issues he encountered.  Stacey was always there to help and was there with a kind word or a hug.  He was always eager to hear about Dean’s travels and found it funny when Dean called him the “Old Boy”.  He always appreciated Kathie’s encouragement, her caring and love.  He was always interested in what Wayne had going on in the garage with his cars.  Dick was so proud of his children and set a good example for them to follow.  In keeping with Dick’s wishes, a Private Family Service will be held at Sunset Cemetery.  For those so wishing, memorial donations in Dick’s name may be made to the Children’s Hospital Foundation of Saskatchewan, #1 – 345 3rd Avenue South, Saskatoon, SK S7K 1M6.  Arrangements are entrusted to Moose Jaw Funeral Home, 268 Mulberry Lane.  James Murdock, Funeral Director. 693-4550