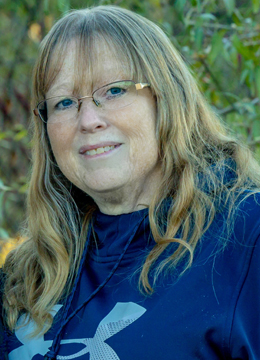 It is with great sadness that we announce the passing of Penny Maureen Hazell (née: Nurse).  After a year of battling cancer, she passed away peacefully on Sunday, August 21st, 2022, at the age of 61 years, surrounded by family.  Penny was born February 27th, 1961 in Fillmore, Saskatchewan to Gerald and Shirley Nurse.  She lived in Fillmore until 1964 when the family moved to their farm Northwest of Fillmore.  She attended Fillmore School where she developed a love of sports and animals, much like her father.  On November 4th, 1978 she married her best friend and love of her life, Darwin.  Together they were blessed with 4 boys over the next nine years.  Penny worked several part-time jobs through these years in Regina, Glenavon, Fillmore, Creelman, and Kipling, SK as the family moved around, but her main focus was always on taking care of her boys.  In 1989, the family moved to Moose Jaw, Saskatchewan.  Penny stayed home to take care of the boys until the youngest started school.  At that time, she started her employment at McDonalds Restaurant and eventually moved up to become the Breakfast Manager.  Penny’s focus was always her kids and in particular, being at all of their football, hockey, baseball or any other sporting or extra-curricular activities they decided to try.  She was their number one cheerleader at all these moments.  As well, Penny travelled back to her family farm every weekend that she could to help out and let the kids run free and of course, get into trouble!  Penny’s devotion to her children transferred to her grandchildren!  Her desire to attend every activity, performance, or sporting event that she could to cheer them on carried on right up until the end.  Penny always enjoyed the family get-togethers and the time we all spent together.  This included their time at the lake property over the last couple of years where she enjoyed watching the grandkids run amuck.  These were the most important moments for her, always!

She was predeceased by her father, Gerald; sister, Cleone; and father-in-law, Jim; as well as many four-legged friends.  Penny is survived by her husband, Darwin; sons: Bart (Lisa), Justin (Renita), Nathan (Natalie), and Therin (Kimberly); grandchildren: Carter, Kailynn, Kenzie, Isabelle, Rhett, Hunter, Abigail, Kesler, and Tate; her four-legged friend, Kona; mother, Shirley; brother, Perry; sister, Donna; mother-in-law, Gail; brothers-in-law, Brian (Janet) and Garry (Karen); sister-in-law, Melinda; as well as her nieces and nephew.  The family would like to thank the staff of Dr. F.H. Wigmore Regional Hospital for their wonderful care over the past few weeks, as well as the staff of the Alan Blair Cancer Centre.

The Funeral Service will be held on Tuesday, August 30th, 2022 at 11:00 a.m. in Moose Jaw Funeral Home.  Pastor Marvin Seaborg will officiate and interment will take place in Rosedale Cemetery.  Those not able to attend may view the service virtually by going to www.moosejawfuneralhome.com/webcast/. In lieu of flowers, donations in Penny’s name may be made to the Canadian Cancer Society, Suite 500 – 55 St Clair Ave W, Toronto, ON M4V 2Y7 or to KidSport Saskatchewan, 1870 Lorne St, Regina, SK S4P 2L7.  Arrangements are entrusted to Moose Jaw Funeral Home, 268 Mulberry Lane.  Andrew Pratt Funeral Director 306-693-4550