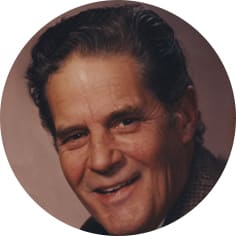 Jim Hare, aged 74 yrs of Moose Jaw, Saskatchewan passed away on Saturday, December 20th, 2008. At Jim’s request, a private family service will be held. Jim was born in Moose Jaw and received his education here. He started Jim’s Autobody in 1968 and operated it until his retirement. Jim was predeceased by his parents Dr. Leslie and Norma Hare as well as his sister Pat Hare. Jim will be lovingly remembered by his wife of 54 years Joan; son Leslie (Marg), Terry and Kailey; and daughter Glenda (Brian) Freeman. Flowers are gratefully declined, for those so wishing, memorial donations may be made in Jim’s name to the Allan Blair Cancer Centre, c/o Pasqua Hospital, 4101 Dewdney Ave., Regina, Sk, S4T 7T1.