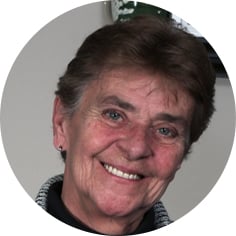 It is with deep sorrow that we announce the sudden passing of Beverley Lynne Guy on Wednesday, March 4th, 2020.  Lynne was born May 18th, 1956 in Claresholm, Alberta, the daughter of George and Margaret Billyard.  Lynne married Barry Guy of Parkbeg, Saskatchewan on May 26th, 1973.  Lynne and Barry lived in Claresholm, Parkbeg and several small towns, settling in Moose Jaw, SK in 1982.  Lynne was employed by Canadays Apparel and Peavey Mart. She had two loving daughters, Angela and Chasidy.

Lynne loved to cross-stitch, do beadwork and take care of her three dogs: Zoey, Pyper and DJ.  She was an excellent seamstress. Lynne also enjoyed an annual birthday trip with her daughters.  She was happiest when surrounded by family, friends and the family dogs on her sunny deck.