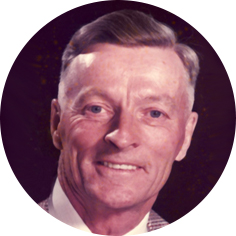 Our beloved stepfather and husband, Harvey William Grove, aged 96 years of Moose Jaw, SK, passed away on Sunday, December 24th, 2017.  Harvey was born at the homestead on the family farm five miles south of Lafleche, SK, where his father Nels Grove and mother Susan Grove worked the farm of Harvey’s grandparents.  Harvey was the first born of two children.  He and his sister Bertha were raised on the family farm and Harvey received his formal education at Lafleche, SK.  Harvey left the family farm and joined the Canadian Armed Forces.  His first station was Edmonton, AB.  He was then transferred to Nova Scotia, being prepared to deploy for action overseas.  The war ended and Harvey returned home to help his father on the family farm.  Harvey continued to work the farm, taking over from his parents, until he retired at the age of 85.  Harvey and his wife Alvina met in 1972.  They were married in 1975 and had a very long and loving relationship until her passing in 2011.  Harvey loved to dance and both he and Alvina were very good on the dance floor.  While we were growing up, they would go dancing with our Aunt Laurette and Uncle George on a regular basis, either here in Moose Jaw or Regina.  There were also times when Harvey took Alvina to places like Nashville and Branson, MS where they both loved the live concerts with some of his favorite country stars.  Harvey was the type of individual that was always a gentleman, and not only treated his wife with the utmost love and respect, but also her children and all the relatives that equally loved and respected him.  He was predeceased by his wife, Alvina in 2011; parents, Nels and Susan; sister, Bertha; stepdaughter, Doris; and stepson, Ralph.  Harvey will be lovingly remembered by his stepson, Larry (Nina) Caplette; step-daughter-in-law, Harriet Caplette; grandchildren: Christopher Caplette, Kelly Caplette, and Danielle Caplette; great-grandchildren, Danica and Jonah; as well as numerous nieces and nephews.  We wish to thank Providence Place and all of the caregivers that made Harvey’s time there very comfortable and enjoyable at all times.  The Funeral Service will be held on Saturday, March 31st, 2018 at 1:00 p.m. in Moose Jaw Funeral Home.  Dave Foley will officiate and interment will take place in Rosedale Cemetery.  Flowers are gratefully declined.  As an expression of sympathy, donations in Harvey’s name may be made to The Canadian Diabetes Association, 917A Albert St, Regina, SK S4R 2P6.  Arrangements are entrusted to Moose Jaw Funeral Home, 268 Mulberry Lane.  Todd Sjoberg, Michelle Surtees Funeral Director 306-693-4550