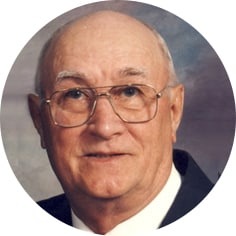 It is with profound sadness that we announce the sudden passing of Lloyd Kenneth (Doc) Groff, Thursday, February 14th, 2008. Lloyd was predeceased by his brothers, Gordon and Glenn and sister Thelma Lichacz. Left to cherish his memory are his loving wife of 48 years Gladys Groff and his children Lou (Brad) Flanagan, Bonnie Groff-Love, Scott (Michelle) Groff; his grandchildren, Nathan and Brendan Flanagan, Tatum Love and his grand puppy Neeci. Lloyd is also survived by his sister Shirley Gorski. Lloyd will be remembered by those who knew him for his passion for sports, the Moose Jaw Warriors, Toronto Maple Leafs and New York Yankee’s to name a few of his favorite’s – not to mention the numerous teams he coached in the community as his children were growing up. Lloyd was the type of man who would give the shirt off of his back for anyone and was loved not only for this but also for his humorous nature. Lloyd retired from the Canadian Pacific Railway after 40 years of service. Lloyd was a handyman by nature, and in his retirement focused his time on that which made him happiest, woodworking and carpentry. He could and would fix anything that needed fixing especially when helping the Northwest Child Development Centre. Doc will be sadly missed by many extended family members and friends too numerous to mention. The Funeral Service will be held on Monday, February 18th, 2008 at 2:00 p.m. in the Emmanuel Lutheran Church, 15 Paul Drive, Moose Jaw, Sask. with Rev. John Kreutzwieser officiating. Burial of cremains at a later date. Donations can be made in Lloyd’s name to the Heart and Stroke Foundation of Saskatchewan, 279 3rd Ave. North, Saskatoon, Sask., S7K 2H8 or Emmanuel Lutheran Church, Box 1376, Moose Jaw, Sask., S6H 2N1.