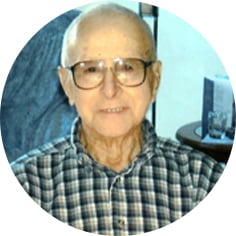 Mr. Alexander Henry Graas, of Moose Jaw and formerly of Marquis, Sask., passed away in Moose Jaw on Friday, July  25 th , 2008 at the age of 87 years.  The Funeral Mass will be celebrated on Tuesday, July 29th, 2008 at 11:00 a.m. in St. John the Evangelist Roman Catholic Church, Marquis Sask.  Burial will take place at Rosedale Cemetery.  The Prayer Service will be held on Monday, July 28th, 2008 at 7:30 p.m. in Moose Jaw Funeral Home.   Alex was a lifetime farmer in the Marquis district. He was an active participant in the Church and Community Clubs. Alex loved sports, playing and coaching baseball, hockey and curling. He was a life time member of St. John the Evangelist Roman Catholic Church in Marquis.  He will be sadly missed and lovingly remembered by his wife of 58 years May ; daughter: Judy (George) Boland and their daughter Caitlin; sons: Donald (Beth) and children: Erin, Alexis and Blair; Allan and his children: Jennifer, Cheryl, and Jonathon; Larry (Darlene); sisters in law: Helen Graas of Victoria B.C., Frances Marceau and Irma Dixon both of Moose Jaw; as well as many nieces and nephews.  He was predeceased by an infant daughter Barbara Joan; daughter-in-law Bev Graas; his parents: Michael and Anna Graas; brothers Paul and Henry and sisters Clara Alesch and Mary Waldenberger. Memorial donations may be sent to the Charity of one’s Choice.