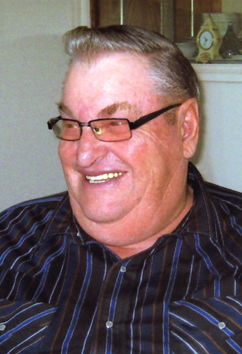 Fredrick Edward (Ed) Gottselig, aged 78 years of Chamberlain, SK passed away unexpectedly Thursday, March 17th, 2022 at home at the ranch.  He was predeceased by his parents, Joe and Anne Gottselig.  Ed is survived by his sisters, Joanne (Ben) Smart of Regina, SK and Carol (Clarence) Kohler of Chamberlain; nephew, Cody (Bailey) Harlyn and Lander Kohler of Chamberlain, SK; niece, Chloe Kohler of Moose Jaw, SK; as well as numerous other relatives and friends.  Born June 28th, 1943 in Findlater, SK, Ed went to school in Findlater and later in Aylesbury, SK after moving to the Ranch Southwest of Chamberlain where he grew up, farmed and ranched raising Hereford, Short Horn, and Charolais cattle.  Growing up Ed enjoyed various sports and activities including playing baseball with the Findlater Braves, hockey, curling, snowmobiling, fishing, going to rodeos and football games, and being a member of the Chamberlain Elks #577, in which there are many well-known memories of all the good times had at these events.  In his later years Ed got into Chuckwagon Racing, owning his own team and following them on circuit to the various rodeos and meets where his team was competing.  Ed enjoyed being on the ranch, and working and dealing with cattle was his passion.  He enjoyed watching cattle and horse sales and going to Johnstone Auctions.  Ed was always quick with his wit and always had an answer for everything.  Ed leaves many memories, lingos, and impressions to all those who met him.

A Private Graveside Service will be held for the family at a later date. A Time of Fellowship will be held on Saturday March 26th, 2022 from 2:00pm to 4:00pm in the Harvey Room at Moose Jaw Funeral Home with a tribute to take place at 2:30pm.  As an expression of sympathy, donations in Ed’s memory may be made to the Chamberlain Cemetery Fund, Box 4, Chamberlain, SK S0G 0R0 or at the Bethune Conexus Credit Union.  Arrangements are entrusted to Moose Jaw Funeral Home, 268 Mulberry Lane.  James Murdock, Funeral Director 306-693-4550