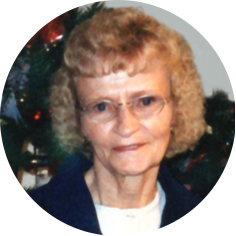 Martha Mary Gorrigsen peacefully passed away at home in Moose Jaw, Saskatchewan on Thursday, July 16th, 2020 in her 93rd year of life.  Martha was born on the family farm at Lawson, Saskatchewan.  She was one of 16 children born to Mary and David Schulties.  She left the farm and moved to Moose Jaw at the age of 14 to live with her sisters, Doris and Julia.  Martha worked for over 35 years, first at the Union Hospital and then for the city of Calgary.  She met and married Art Gorrigsen and they moved to Moose Jaw upon retirement.  She spent many hours gardening and socializing with friends.  They enjoyed vacationing south 6 months every winter.

Due to the current Covid-19 heath situation, a Private Service will be held at a later date.  Flowers are gratefully declined.  As an expression of sympathy, donations in Martha’s name may be made to SCRAPS, PO Box 1653, Moose Jaw, SK S6H 7K7.  Arrangements are entrusted to Moose Jaw Funeral Home, 268 Mulberry Lane.  Todd Sjoberg, Funeral Director 306-693-4550