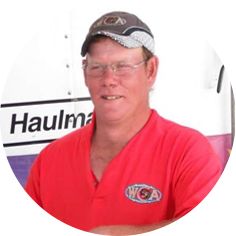 It is with a broken heart that I announce the passing of my brother Jason. Jason was born in Regina Saskatchewan, he spent his younger years in Moose Jaw graduating from Albert E. Peacock Collegiate. He then moved to British Columbia and found his place in life where he spent 17 years as a dedicated employee for West Coast Amusements. Travelling from coast to coast gave him the opportunity to spend time with family along the way. After moving back to Saskatchewan Jason excelled working in the wood shop at Diversified Services. He loved to work with his hands and gave it everything he had, always. Life was challenging for Jason, but he overcame the obstacles he faced with dignity and a sense of humour. He was known as a gentle giant and would stand up for anything and anyone he believed in. He had a special way with animals of any kind demonstrating that working as a Ferrier assistant. He was proud to work as a volunteer at the Sukanen Ship Museum. He participated in Sea Cadets with his brother and his Mom. Some of his fondest childhood memories were spent camping at Buffalo Pound Lake. Jason was recognized for enthusiastically participating in the Special Olympic Games in Moose Jaw in 2020. Floor hockey and bowling were two sports that he thoroughly enjoyed.  Jason will leave everlasting fond memories with his surviving family, friends and coworkers. He will be forever missed by his only sister, Dee (Barry Chamberlain), Nephews Brin (Jenna), Brady (Jayden). With a warm embrace he will be welcomed to heaven by his Mother, Barbara Glen, Grandparents, John and Del Tkachuk and his twin brother Jeff Glen. A special thank you to all who cared for him throughout the years and made an everlasting impact on his life. I would like to express my gratitude for the personal notification from Sgt. Bob Heath during this difficult time. A Service to honour Jason will be held at a later date. Flowers are gratefully declined. Donations may be made in Jason’s name to Moose Jaw Diversified Services 11 Woodlilly Dr. Moose Jaw, SK S4J 1H1 or The Moose Jaw Humane Society Box 1658 Station Main Moose Jaw, SK S6H 7K7. Arrangements are entrusted to Moose Jaw Funeral Home, 268 Mulberry Lane.  Todd Sjoberg, Funeral Director 306-693-4550 www.moosejawfuneralhome.com

“Let there be compassion in the world, love now”