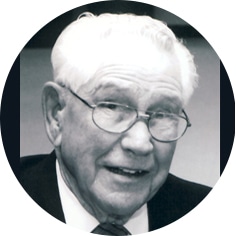 Bernard Paul Froehlich passed away peacefully on Saturday, March 8th, 2014 at the Moose Jaw Union Hospital.  He was predeceased by his wife of 45 years, Flora (nee Robertson) in 2000; parents, Ben and Bertha; and siblings: Francis, Thomas, Edward, John and Theresa.  Ben is survived by his children: Doug (Amanda, Dale, Ben, Ava), Anne Arguin (Andrew, Kristin, Jonathan), Ronald (Brenda, Jordyn, Josh, Emily, Isaac, Steeven, Kyle, Cali), Joyce Glover (Darren, Colton, Austin), and Keith (Lynn, Madeleine, Paul, Claire).  He is also survived by his siblings: Rita Fitzpatrick, Dot Sagal, Mary Anderson, James, and Leone O’Byrne; sister-in-law, Isabel Barnsley; and their families.  He was born in Marquis, SK on June 8th, 1919.  Ben farmed and resided in the Marquis area until 2011, when he then moved to Moose Jaw.  He lived out his remaining years happily at the Bentley Retirement Community.  Ben was known for his gentle, pleasant disposition.  His deep rural roots and faith were always evident in his conversation.  Ben was a WWII veteran, where he used his mechanical skills in the R.C.A.F.  However, he was a true farmer at heart and he shared this passion with his three sons.  Ben’s greatest joy in life was his family.  His eternal optimism will never be forgotten.  This tender father, grandfather, great-grandfather and friend will forever be in our hearts.  The Funeral Mass will be celebrated on Thursday, March 13th, 2014 at 11:00 a.m. at St. John the Evangelist Parish in Marquis, SK.  Father Rick Krofchek will be the presiding celebrant and interment will follow in St. John Evangelist Cemetery.  A Vigil Prayer Service will be held on Wednesday, March 12th, 2014 at 7:00 p.m. in Moose Jaw Funeral Home.  In lieu of flowers, donations in Ben’s name may be made to the St. John’s Cemetery Fund, Box 54, Marquis, SK S0H 2X0.  Arrangements are entrusted to Moose Jaw Funeral Home, 268 Mulberry Lane.  Gary McDowell, Funeral Director 306-693-4550.