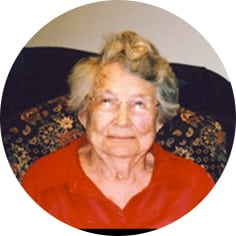 Florence Vera Foster aged 92 years of Extendicare Moose Jaw and formerly of Chaplin Sask, passed away January 24th 2008.  Florence was born and raised on the farm in the Chaplin district.  She was a cook at the B.A. Service station in Chaplin for twelve and a half years.  Florence was also a very good seamstress, sewing for many people. She was predeceased by her parents Harley and Alma Foster; one brother and his wife Harry and Erna Foster; two sisters and their husbands, Hazel and Orval Bale, and Margaret and Arthur Harrison.  She is survived by numerous nieces and nephews.  The Funeral Service will be held in the Chaplin Community Centre on Wednesday January 30, 2008 at 1:30 P.M. Reverend Bill Thomson will officiate.  Interment will take place at a later date in the Chaplin Cemetery.