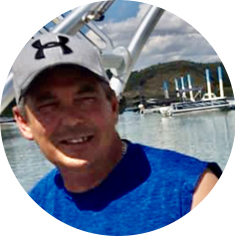 It is with heavy hearts we announce the passing of our Dad, Grandpa, Husband and Brother, Kent Arthur Ferguson on Tuesday, July 7th, 2020 at the age of 49 years.  He was predeceased by his mother, Marj (2000); father, Ed (2018); and grandfather, Lawrence (1993).  Kent is survived by his wife, Debbie; son, Timber; daughter, Amber (Nicolas); special granddaughter, Maggie; brother, Jerry (Karen, Kasi and Jesse); grandmother, Bea; as well as his aunts, uncles, cousins and many great friends.  Due to the current health situation, a Private Family Service will be held at a later date.  Flowers are gratefully declined.  As an expression of sympathy, donations in Kent’s name may be made to Running Wild Rescue.   www.facebook.com/Runningwildrescue/ Arrangements are entrusted to Moose Jaw Funeral Home, 268 Mulberry Lane.  Todd Sjoberg, Funeral Director 306-693-4550