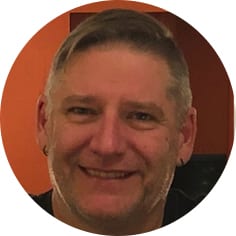 It is with broken hearts that the family of Jack Feist convey news of his untimely passing in the early hours of Thursday, April 9th, 2020 following a tragic motor vehicle collision.

He was predeceased by his uncle, Wayne; and grandparents Jack and Bernice Brooks, and Phillip and Irene Feist.

Jack is survived by his two children, Jessica (Ryan) and Hayden, and their mother Toni; parents, Ken and Lorna; siblings, Troy (Kat) and Lynette (Andrew); nephew, Drake and niece, Kaitlyn (Tyson); great-nephew, Oliver; his beloved Labrador Retrievers, Mary and Charlie; as well as numerous cousins, aunts, uncles, and many, many, friends.

Jack was born in Taber, Alberta on December 28th, 1967 and moved to Moose Jaw with his family in 1974.  He attended King Edward Elementary, Empire Middle School, and A. E. Peacock Collegiate, where he played football.  He obtained his journeyman electrician certification from STI. He worked with CPR for two decades, and spent his last years with Parrish & Heinbecker.

Jack was known as a quiet, cool guy – a man who said few words with his voice, but a thousand with his smile.

Due to the current health climate, a gathering to celebrate Jack’s life will be planned for a future date.  In lieu of flowers, donations may be made in Jack’s memory to the Moose Jaw Wildlife Federation, PO Box 1286, Moose Jaw, SK S6H 2M2.  Arrangements are entrusted to Moose Jaw Funeral Home, 268 Mulberry Lane. James Murdock, Funeral Director 306-693-4550