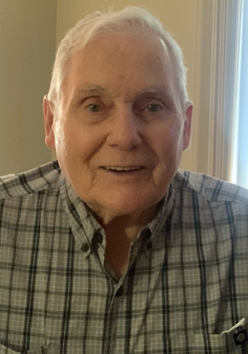 It is with heaviest of hearts that we announce the passing of Mervin “Merv” Erickson, aged 89 years of Moose Jaw, SK on Wednesday, April 6th, 2022.

Mervin was born on August 31st, 1932 in the St. Boswell area but lived the majority of his life in Moose Jaw.  Merv met and married Doreen Ann Gomme on January 21st, 1961 and together they had 3 children.  He was a journeyman carpenter and worked out of town a lot in his younger years, had his own carpentry business for a few years, and retired from carpentry at Valley View Center at the age of 65.  Merv met and worked with a lot of other carpenters/friends that were special to him.

For those who knew Merv, they would know he had a love for camping, fishing, hunting, afternoon coffees with his friends, watching sports and wrestling on TV, playing cribbage or card games (which he did not like to lose), overlooking other’s projects, spending his winters attending the Moose Jaw Warrior Games, and would tear up a dance floor two-stepping.  He enjoyed anytime he could spend with his family and friends, who he loved.  Merv will be deeply missed by all who came to know him.

The family would like to extend their appreciation to the staff at Chez Nous and The Bentley.