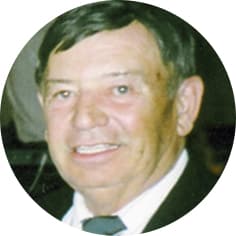 Russell Gorald Emerson of Central Butte passed away peacefully at Central Butte Regency Hospital with his family by his side on Tuesday, August 12th, 2008. Following Cremation, a Family Graveside Service will be held at a later date in Central Butte Cemetery. Gorald was born in Central Butte on July 7th, 1944, where he completed his schooling. He worked at various jobs in several locations settling in Quill Lake owning his own air conditioning and refrigeration business for over 20 years. Upon retirement he moved back to Central Butte in 2004 to be with his Dad and sister Linda, and together with family shared many good times which involved him in many handyman projects. The Royal Canadian Legion was an organization he was a proud member of for 35 years. Gorald was predeceased by his mother Fae and an infant daughter as well as his dad’s wife Audrey. He is survived by his father Alan; sons Darren and Devin; daughter Darla (Ron) Laybourne; grandchildren Robert and Aiden; brother Blain (Laurel); sisters Brenda (Earl) Stirling-Brown, Linda (Ron)Colwell; Audrey’s children Bill Robertson and Diana McMillan and many nieces and nephews. The family would like to thank the EMS, Staff and Doctors of Central Butte Regency Hospital, Regina General Hospital and Moose Jaw Union Hospital for the care and attention given to him. For those so wishing, memorial donations may be made in Gorald’s name to Central Butte and District Health Care Foundation, Box 582 Central Butte, Saskatchewan S0H 0T0.