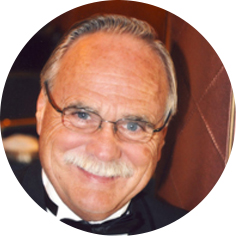 Terry Elphick passed away peacefully in the Moose Jaw Hospital with family by his side on October 20th, 2017.  Terry will be loved and remembered by family and friends.  He leaves his wife of 43 years, Susan Elphick; his son, David Elphick and his daughter, Terri Dawn Elphick-Woodbury.  Granddaughter Terri- Aliyah and grandson Christopher will fondly remember their time with him.  Terry was born and raised in Indian Head, SK, the son of Glenn and Eleanor Elphick.  He spent all of his younger life in Indian Head and area, until 1960 when he enrolled with the Royal Canadian Armed Forces.  Terry led an impressive life in the armed forces as a fighter pilot over the course of 38 years.  During his career as a Lieutenant Colonel, Terry was able to travel throughout Canada and overseas.  He lived in Chatham, NB, Cold Lake, AB, Ottawa, ON, Ramstein, Germany, Shape, Belgium and England.  Terry spent the last 17 years of his life in Moose Jaw, SK.  After retiring from the RCAF, Terry began a second career with Bombardier Military Aviation Training, taking on a role as a flight instructor and trained for the future pilots of Canada and other countries.  Terry spend 15 years with Bombardier before retiring permanently in 2015.  Terry enjoyed several hobbies throughout his life.  In his younger more active days, he was an avid skier and runner, often joining events and teams.  In his later life he enjoyed collecting stamps and coins, photography and developing family trees.  Terry was always dedicated to his family; he had more love than words can express for his children and grandchildren, they will carry his love in their hearts for the rest of their lives. The Funeral Service for Terry will be held on Tuesday, October 24th, 2017 at 1:30 p.m. in Moose Jaw Funeral Home.  Dave Foley will officiate.  Burial will take place in Indian Head Cemetery, alongside his brother, Trevor Elphick.  There will be a public visitation on Tuesday, October 24th, 2017 from 11:00 a.m to 1:00 p.m. at Moose Jaw Funeral Home.  Arrangements are entrusted to Moose Jaw Funeral Home, 268 Mulberry Lane.  Michelle Surtees Funeral Director 306-693-4550