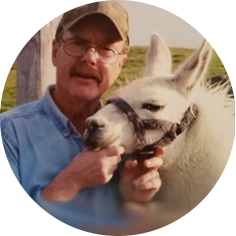 With heavy hearts the family of Phillip John Wallace Egan announce his sudden passing on Friday, November 27th, 2020, four days shy of his 69th birthday.  He was predeceased by his parents, Jack and Hilda Egan; father-in-law, Mervyn Ferguson; and brother-in-law, Greg Rayner.

Phil leaves to mourn his passing, his wife of 48 years, Wendy; son, Jeremy and his children, Rykr and Berlin; daughter, Bree and son, Jerrod (Korey) and their children, Molly and Gage; sister, Sue (Bill) and family; mother-in-law, Doreen; and Wendy’s 5 siblings and their families.

Phil lived on the farm near Semans, SK until the age of 15 and always believed that at some point in his life he would own a farm of his own.  He went to STI in Moose Jaw and took welding, and became a journeyman welder.  He joined the Boilermakers Local 555 in 1973 or thereabouts and worked in many different communities throughout Saskatchewan, Manitoba, Alberta and BC until his retirement in 2007.

Finally, with retirement in the offing, we bought “the farm” just west of Moose Jaw, SK and he set up his herd of cattle, starting off with a mixture of red and black cows.  Before long, he started breeding purebred Gelbveigh cows, which he swore was the “best breed ever”!  In 2017, we decided to sell and move back into Moose Jaw, however, that didn’t mean he was going to do the coffee row thing!  He kept a small herd of cows at a neighbouring farm and was out there helping every chance he got which, most weeks, was every day!  He had good friends in Mark, Jack, Ken and Joe and I sincerely thank you all for that!

Phil was an avid outdoorsman and loved to hunt and fish, and was lucky enough this year to go hunting with Wayne for Elk, with Jerrod for mule deer and then with Jeremy and Rykr for whitetail.  He showed our kids that honesty and a strong work ethic reaped results and his most cherished memories was time spent with them.  He was so proud of our four grandchildren, who never failed to amuse and entertain him with their witty conversations.

Phil enjoyed the trips we took to the Caribbean with Sue and Bill, as well as the ones we took to Los Cabos with Sandy and Darren.  Most of all, he enjoyed weekends at the park from May to September, and loved nothing better than a good BBQ and beers around the fire at night with his best bud.  He could talk up a storm and had a different story every weekend.  He especially loved family gatherings and big turkey dinners with all the trimmings and having a drink with his friends.  One of his favourite sayings was “I love beer and beer loves me” and I’m sure if he was here, he would raise his glass high and toast you all.  He also leaves behind his little fur buddy Grendall, who was beside him faithfully every night in the recliner watching TV.