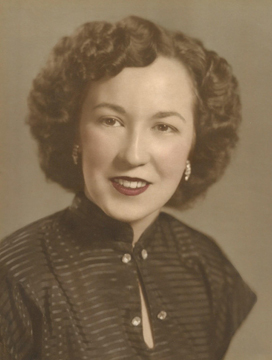 On a beautiful fall evening, Wednesday, September 28th, 2022, Margaret Genevieve Edgerton (née: Code) passed peacefully with her family by her side at Moose Jaw, SK.

Margaret was born on July 10th, 1931 at Moose Jaw, SK and was raised at Mossbank, SK, the oldest of seven.

Margaret filled many roles during her life including daughter, sister, wife, mother, grandmother, and was excited to learn she was to be a great-grandmother.  Her first one.

In her younger years she played ball and worked as a telephone operator.  Margaret married H. Sam Edgerton in June of 1954 and together they raised four children on the Edgerton farm and then in town at Mossbank, with a short time in Harptree, SK.  In these years her continuing roles included a homemaker, where she always tended a garden, and an avid fruit gatherer, keeping tabs on the ripening berry trees.  She spent many summers at the family farm in B.C. where she would bring home fruit and salmon to can.  She was an adept carpenter and handy-woman, curler, card player, life-saver, bowler, and bowling coach.

Margaret was a gifted seamstress.  She was a lover of butterflies, finches, orchids, gerbera, and the colour purple.  She competed in the Moose Jaw Home Town Fair and Assiniboia Fair, bringing home many red ribbons.  For a time she was a business owner operating the Variety and Liquor Store in Mossbank.

In 2016, Margaret and Sam moved into the Bentley in Moose Jaw, where she enjoyed living and participating in the activities, including playing cards and painting.

Family was everything to her, and of course, her grandchildren were the best!

Margaret will be missed by those who knew and loved her.