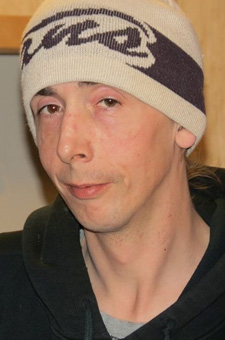 With heavy hearts the family of Shane Alexander Duthie announces his sudden passing on Monday, April 12th, 2021.  Shane was born in Moose Jaw, SK on June 6th, 1975.  For those who knew him, he had a big heart.  His love for animals was huge and he fostered for animal rescues.  He even adopted three for himself – his kids Jet, Alexa and Piper.  Shane also volunteered at the Moose Jaw Exhibition working in the barns with the horses.  In addition, Shane worked part-time in yard care and handyman services.  He also spent time helping senior citizens in need.  Shane loved spending time with his nephew, Jaxon and niece, Jayda.  Playing games, building Lego and making snow forts were many of the things they did together.  Their coming to see the foster puppies would make his day.  Shane’s life was a struggle and we would like to thank the people who helped him along the way.  He will be lovingly remembered by his family.

A Private Family Service will be held at a later date.  Flowers are gratefully declined.  As an expression of sympathy, donations in Shane’s name may be made to Flirting with Fido, 214 Stadacona St W, Moose Jaw, SK S6H 1Z5.  Arrangements are entrusted to Moose Jaw Funeral Home, 268 Mulberry Lane.  Todd Sjoberg, Funeral Director 306-693-4550