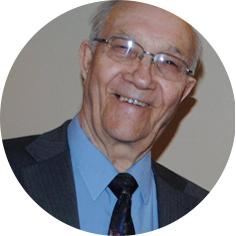 Fred was born in Moose Jaw, SK to John and Rose Duchak on May 9th, 1931.  Fred grew up in Moose Jaw as part of a big family.  He married and was blessed with four children: Kathryn, David, Rodney, and Susan.  He worked at Canadian Pacific Railway for more than 40 years and retired as a Shop Planner and Supervisor.

In death, Fred is reunited with his parents, John and Rose; son, David; daughters, Susan and Kathryn; brothers: Metro, Stan, Nick and George; and sisters, Jenny and Mary.  Left behind to cherish his memory are his longtime companion, Mona Duchak; son, Rod Duchak; sister, Olga Hirt; granddaughters, Maureen (Ed) Wentworth and Beverly (John) Wharton; great-grandchildren: Estella and Franklin Wentworth, and J.J. Wharton; as well as many nieces and nephews.