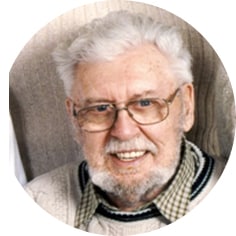 CHARLIE JULIEN DE BAEREMAEKER of Providence Place, Moose Jaw passed away peacefully on Saturday, September 20th, 2008 after a short battle with cancer. Charlie was born on February 13th, 1923 in St. Boniface, Manitoba. He married Margaret Isobel Costain (deceased) in Toronto, Ontario in 1954. They had 3 daughters Charlene De Baeremaeker of Regina, BettyNesbitt (Harry and daughters Jessica and Jillian) of Perth, Australia and Alice Hill (Humphrey) of Moose Jaw. All will miss him dearly. Charlie proudly served in the Royal Canadian Armed Forces as a Pharmacist and retired from CFB Moose Jaw in 1976. He was a veteran of the Korean War and a peace keeper with the UN in Egypt. Charlie’s family wish to express their thanks and gratitude for the wonderful care provided by the staff at Providence Place and The Bentley. A Celebration of Life Tea will be held at Providence Place on Thursday, September 25th, 2008 at 2:00 p.m. Cremation has taken place and interment will be held at later date. Memorial donations in Charlie’s name may be sent to the Canadian Cancer Society, 61B Ross St. W., Moose Jaw, Sask. S6H 2M2.