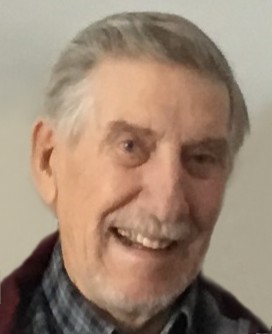 Lloyd Lorne Davie passed away on the morning of Wednesday, March 9th, 2022, two days after his 83rd birthday, at the Dr. F.H. Wigmore Regional Hospital in Moose Jaw, Saskatchewan.  He would have been disappointed that he missed the breakfast service as the meals were a highlight during his stays at the Wigmore.  Lloyd bravely battled leukemia over the past two years, which included intense chemotherapy treatments and several complications.  Outgoing by nature, he still maintained strong personal relationships with his many friends and family during this time.  Lloyd was born on March 7th, 1939 in Vanguard, Saskatchewan, the second of three boys.  As a youth, he was active in sports, including baseball and hockey.  In 1965, Lloyd married Lucille (Trach) and together they shared fifty-six years of marriage, a son, George in 1969 and a daughter, Nicole in 1971.  Lloyd was also blessed to have three grandchildren whom he saw regularly.  When the grandkids came down for a visit from Edmonton, Lloyd would drive halfway to North Battleford to meet them, to get a jump start on the visit and share in the driving.  And whether it was playing in the backyard, adventures to the train museum or spoiling them at the Snow Hut, Lloyd’s adoration for his grandchildren was more than obvious.  Lloyd was a jack-of-all-trades who excelled in all he did and this was reflected in the various careers that he pursued throughout his lifetime.  Lloyd worked as store manager at Safeway before his talents led him to co-own the Allied lumber yard and then Slater & York Menswear.  But his proudest accomplishment was the creation of the Crescent View Par 3 golf course.  This was an endeavor that he entered into with great enthusiasm and boundless energy.  Lloyd was involved in all aspects of creating the golf course including design, construction and management.  The golf course quickly became a second home where family and friends would gather to spend time together and share meals.  To say that Lloyd was an active person would be an understatement.  He enjoyed many pursuits such as curling, fishing and hunting with friends, and was a member of the Moose Jaw Lion’s Club.  Lloyd was an avid golfer and would wake up at 5 a.m. to get in 9 holes before the workday began.  After his retirement, Lloyd took up woodworking and gardening, in particular growing his tomatoes.  He was known for his immaculate lawn and was always ready to advise neighbors on weed control.  He enjoyed delivering cars for various dealerships in town, which allowed him to enjoy the scenery throughout western Canada and even took him on an adventure down to Las Vegas.  Lloyd’s recent pastimes included playing cards, shooting pool and spending time with friends.  He had a soft spot for animals and enjoyed a recent addition to the family, Mia the cat.  Her antics and adventures highlighted his days.  Lloyd was a strong, kind, loving and supportive husband and father.  He valued his family and friends and consistently reached out to lend a helping hand.  He will be remembered for his generosity of spirit and time.  His upbeat and positive attitude will be missed by all who knew him.  Lloyd will be lovingly remembered by his wife, Lucille; son, George (Erin); daughter, Nicole; and grandchildren: Joshua, Keira and Benjamin.  A Celebration of Lloyd’s Life will be held on Saturday, May 21st, 2022 at 11:00 a.m. in Moose Jaw Funeral Home.  Those not able to attend are invited to view the service virtually by going to www.moosejawfuneralhome.com/webcast/.In lieu of flowers, donations in Lloyd’s name may be made to the Allan Blair Cancer Centre c/o Pasqua Hospital, 4101 Dewdney Ave, Regina, SK S4T 7T1.  Arrangements are entrusted to Moose Jaw Funeral Home, 268 Mulberry Lane.  Todd Sjoberg, Funeral Director 306-693-4550