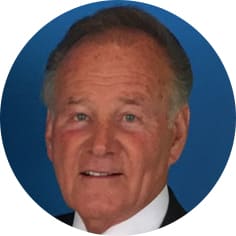 It is with heartfelt sorrow that the family of John Francis Craigen announces his sudden passing on Friday, April 17th, 2020 at the age of 77 years.

John was a loving husband, devoted father, and superstar grandpa.  He was born January 31st, 1943 in Moose Jaw, SK to John J. and Mary (Duck) Craigen.  John was preceded in death by his parents, and sister Jeannette King.  He is survived by his wife of 58 years Liz, his four children Shelly (Kelly) Storozuk of Calgary, AB, Cindy Craigen (Claude Lavigne) of Montreal, QC, Kevin (Linda) Craigen of Kelowna, BC, and Todd (Monique) Craigen of Oakville, ON, his sisters Liz (Ben) Lomheim of Airdrie, AB, Carole (Dave) Whitty of Niagara Falls, ON, brother-in-law Murray King of Saskatoon, SK and their families.

John spent his entire life in Moose Jaw working as a general contractor.  Following in his father’s footsteps, after high school, he attended Kelsey Institute in Saskatoon and became a journeyman mason.  John started work alongside his dad and together they managed Craigen Construction Co. Ltd. (est. 1927). He took over the business in 1977 when his dad retired.  John ran the company until his retirement in 2007, when Craigen Construction celebrated 80 years of business in Moose Jaw.

John cherished all the friendships he made along the way.  In retirement, he enjoyed his daily morning coffee at Prairie Oasis with the boys that often carried through lunch.  John will be remembered as an outstanding gentleman who was always willing to lend a helping hand to anyone in need and never shied away from a hard day’s work.

Of all the titles John earned over his life, the most important one to him was grandpa.  He loved being a grandpa more than anything else in the world. “Gramps” as he was affectionately known, was adored by all nine of his grandchildren.  He will be best remembered for movie nights with nachos, ice with a splash of ginger ale, frequent trips to the Snow Hut for ice cream, and his elaborate Halloween costumes.  Left to mourn gramps passing with heavy hearts are Cody (Ellen) Carey, Brady Storozuk (Kristen), Tyler Storozuk (Jackie), Alysha Hales (Jacob), Jayda Hales (Damian), Chloe Craigen (Matt), Carley Craigen (Michael), Zach Craigen, and Hugh Craigen.

As a result of the restrictions associated with COVID19, a Funeral Service will be scheduled at a later date.  The family of John Craigen wishes to thank the front-line workers for the excellent care that he received during his brief time at the Dr. F.H. Wigmore Regional Hospital.  In lieu of flowers, donations can be made to the Heart and Stroke Foundation of Canada, 110-1525 Carling Avenue, Ottawa, ON K1Z 8R9. Arrangements are entrusted to Moose Jaw Funeral Home, 268 Mulberry Lane.  Todd Sjoberg, Funeral Director 306-693-4550.