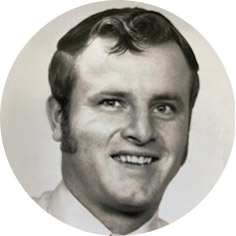 The family of Gordon Joseph Cowan is sad to announce the passing of our beloved Gordie on Tuesday, June 23rd, 2020 after a courageous battle with Cancer.  Gordie is survived by his loving wife, Lin Fong; sons, Douglas and Daniel; sister, Judy Riopka (Rolly); as well as his nieces and nephews.

Gordie was born March 23rd, 1949 to parents Samuel Joseph and Marjorie Cowan in Outlook, SK.  He grew up on the farm in the Hawarden, SK area and attended school in Hawarden and Kenaston, SK.  Gordie worked at the Department of Highways for 35 years.  During these years of work, Gordie enjoyed spending time at Lake Diefenbaker with his lake family, as well as his many other friends, riding bikes and racing cars.  He had found his other half, Gordie met Lin.  She was the love of his life and it did not take him long to decide that he wanted to spend the rest of his life with her.  They were married on April 3rd, 2004.  In 2005, their first son was born.  In the same year, Gordie started to move grain bins as his second career.  He enjoyed working and had much fun with his clients.  Family was the most important thing to Gordie, he worked hard but always made sure that he made time to spend with his boys.  He was sure to have his family at the lake for some time in the summer, riding in his boat and enjoying camping, these were some of his fondest memories.

Gordie will be missed by all who were lucky enough to call him a friend.  In keeping with Gordon’s wishes, a Private Family Service will be held.  In lieu of flowers, donations in Gordon’s name may be made to a charity of one’s choice.  Arrangements are entrusted to Moose Jaw Funeral Home, 268 Mulberry Lane.  Todd Sjoberg, Funeral Director 306-693-4550