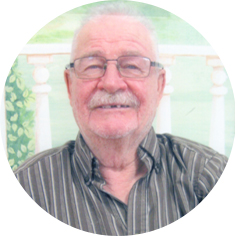 Edward “Eddy” Cossette, aged 80 years of Moose Jaw, SK, passed away on Sunday, December 13th, 2020.  Edward was born in Gravelbourg and received his education in Coderre.  His employment started at Canada Packers in Moose Jaw in 1966, where he worked for 38 years until his retirement.  Ed was a cowboy at heart and loved to visit and tell stories.  He was a loving son, brother, father and grandfather.  Ed was predeceased by his parents, George and Dorila and son, Raymond.  He will be lovingly remembered by his son, Louis (Jodi) with granddaughter, Camryn; siblings: Lucien (Diana), Lionel (Edna), Irene, Louis (Debbie), Diane (Greg) and Laurianne as well as numerous other relatives.  In keeping with Edward’s wishes, a private family graveside will be held at a later date.  Flowers are gratefully declined.  As an expression of sympathy donations in Ed’s name may be made to The Moose Jaw Humane Society Box 1658 Station Main Moose Jaw, SK S6H 7K7.  Arrangements are entrusted to Moose Jaw Funeral Home, 268 Mulberry Lane.  Todd Sjoberg, Funeral Director 306-693-4550