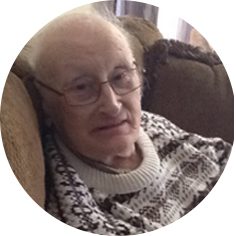 It is with great sadness that we announce the passing of Gerrard David Corby on Wednesday, July 5th, 2017 at the age of 83 years.  Gerrard leaves behind his beloved family: wife, Edith; son, Philip; daughter, Rachel and son-in-law, Mark Kennedy; granddaughters, Bronwyn (Brandon) and Deryn; his surviving family in England and Australia: brother, Gordon (Maggie); nephews: David (Jessica), John (Nicola), and Peter (Claire); as well as his dear cousins: Mary, Richard, Hilary, John, and Tom.  Gerrard was born July 20th, 1933 in Upton near Birkenhead, England.  His parents moved shortly after his birth to the beautiful city of Chester where he spend the first quarter century of his life.  After study and practical training he became a dairy farm bailiff.  During his second quarter century, he accepted a position as a dairy farm and estate manager in Alveston, Gloucester in south west England.  He was successful, made many friends and loved life here.  As he entered his third quarter century, after much thought and deliberation, he made a giant leap of faith and moved his family to Canada in 1980.  His dream had been to become a minister in a rural area and amazingly the United Church of Canada offered him the opportunity to study and train, and in 1987 Mossbank Pastoral Charge called him to be their minister.  He served them in times of joy and gave them peace in times of loss.  Gerrard believed it was a privilege to serve.  He later had the opportunity to spend five years in Loreburn Pastoral Charge, serving four churches and communities around Lake Diefenbaker.  These were wonderful years for him and the communities cared for him in return.  He retired with Edith to Moose Jaw in 2005 and stayed there until his health began to fail in 2013.  They then moved to Regina and shared a home with Rachel and Mark until his passing.  Gerrard was a lovely man with an openness of spirit and an enthusiasm for life, which made him a pleasure to be with.  The Funeral Service will be held on Monday, July 10th, 2017 at 1:30 p.m. in Moose Jaw Funeral Home with Sandra Fowler officiating.  As Gerrard loved nature, in lieu of flowers, donations in his name may be made to the Nature Conservancy of Canada, 1777 Victoria Ave, Suite 700, Regina, SK S4P 4K5.  Arrangements are entrusted to Moose Jaw Funeral Home, 268 Mulberry Lane.  Gary McDowell, Funeral Director 306-693-4550