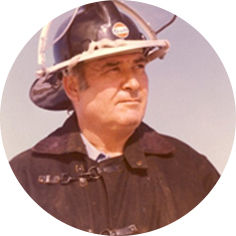 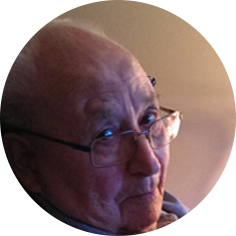 James Ernest Cathcart, aged 96 years of Moose Jaw, SK passed away peacefully on Friday, September 29th, 2017.  He was predeceased by his wife, Elsie; sons, Brian and Martin; and son-in-law, Ken Perry.  Jim is survived by his daughter, Carol Perry; son, James Cathcart Jr. (Joan); grandchildren: Kenton Perry (Mandy) and their children Kianna, Dayan and Keely, Steven Perry and his children Emelia Wallin (Casey) and Eden Perry Young and her daughter Vaida, Missey Perry (Rob) and their daughter, Sylvie, Michael Cathcart (Tara) and their daughters Tia and Tayla, and Mark Cathcart; and sister, Delise Ackerman and family.  Born in Woodrow, SK, Jim grew up in the town of Hodgeville.  In 1940, he joined the 60th Battery of the Royal Canadian Artillery in Aneroid, SK.  The Battery joined the 17th Field Regiment in 1941 and left for England.  His service ran from August 10th, 1940 – June 13th, 1946 in the United Kingdom, Central Mediterranean, and Continental Europe.  He was a proud member of the Royal Canadian Legion for over 60 years.  Home from overseas, Jim had a lengthy career with the BA in Moose Jaw and was transferred to Edmonton in 1969, where he worked with Gulf Oil until his retirement.  While in Edmonton, he enjoyed many hours with the Robin Hood School for Handicapped Children.  The staff and children appreciated “Mr. Jim’s” generosity and kindness whenever he treated them to a birthday supper, chinese food or a weekend at Pine Lake.  In 2005, following the loss of his wife and sons, he moved back to Moose Jaw to be close to Carol, Jim and their families.  He looked forward to spending his summers at Pine Lake with his children and grandchildren.  Sundays were extra special to Gramps when Steve came for supper, and treated him to a shave.  The family wish to express their gratitude to the many people who have been helpful and kind to Gramps in his senior years.  The Nurses and Caregivers at Providence Place Raphael Wing became his second family.  He loved you all, as could be seen by the smile and wink he always had for his girls.  We also want to thank Jan and Monica who were faithful visitors, Juanita who brought treats, Sandra who baked him chocolate chip cookies, and Gord who made sure he always had chocolate milk on hand for Jim.  Thanks to Dr. A.J. VanHeerden and Dr. Dautremont, EMS, the doctors and nurses in Emergency and on the Medical Ward at the Dr. F.H. Wigmore Regional Hospital, and to Moose Jaw Funeral Home.  A Memorial Service will be held on Tuesday, October 3rd, 2017 at 1:00 p.m. in Moose Jaw Funeral Home.  Reverend Deacon Arleen Champion will officiate and interment will take place at Rosedale Cemetery.  Legion Rites will be conducted by the Royal Canadian Legion Branch #59.  As an expression of sympathy, donations in Jim’s name may be made to The Royal Canadian Legion Poppy Fund, 268 High St W, Moose Jaw, SK S6H 1S8.  Arrangements are entrusted to Moose Jaw Funeral Home, 268 Mulberry Lane.  Calvin Gammel, Funeral Director 306-693-4550