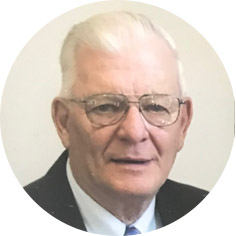 Jim was born in Oshawa Ontario, November 26th, 1932 to Edward and Christina Carter (Pritchard). Jim lost his father at age 15 and had to quit school and go to work to help support the family. Through night school he became an electrician as well as working for CBC radio as a technician on many different radio shows. From there he went to Briercrest Bible College and got his pastoral degree met the love of his life and moved to the province of Quebec to start a camp ministry with the CSSM mission. Reaching young people with the gospel was his greatest joy and passion. Jim loved people and would help anyone who was in need no matter what his financial need was. He had a passion for his grand kids, sports, and fishing.

In his later years he was blessed with very good health until recently, within the last two years, he experienced a few strokes as well as more recently cancer. Jim lost his battle on June 14th, 2020 when he went quietly to be with his heavenly father, surrounded by loved ones. Jim loved living with his wife and friends at Crestview Manor for over 10 years.

Burial took place at Caronport Cemetery on Friday morning June 19th, at 10 AM. Celebration Service was at the Moose Jaw funeral Home at 1:30 PM the same day.