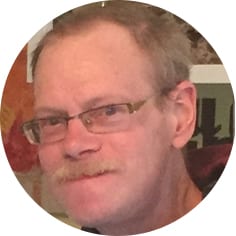 John Alexander Cameron, aged 52 years of Moose Jaw, SK passed away on Monday, May 13th, 2019.  John was born in Trenton, ON and came to Moose Jaw with his parents in 1974.  At the time of his passing, John was employed at Thunder Creek Pork Plant. He was an avid reader and enjoyed gardening.  John married Katherine on July 19th, 2003 and has resided in Moose Jaw until his passing.  John will be lovingly remembered by his wife, Katherine; parents, Alex and Eleanor (Taffy); sister, Linda (Grant) Vierling and their children Steven (Jasmine), Jayne, and Cally; and great-niece, Sailor.  In keeping with John’s wishes, a Private Family Service will be held at a later date.  Flowers are gratefully declined.  As an expression of sympathy, donations in John’s name may be made to The Canadian Diabetes Association, 917A Albert St, Regina, SK S4R 2P6.  Arrangements are entrusted to Moose Jaw Funeral Home, 268 Mulberry Lane. Todd Sjoberg, Funeral Director 306-693-4550