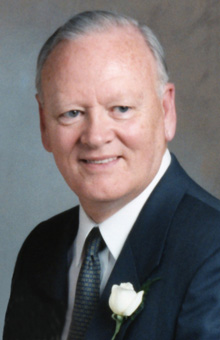 Reginald “Reg” Alwyn Bushell, aged 88 years of Moose Jaw, SK passed away on Saturday, April 17th, 2021 after a lengthy illness, while living at Providence Place.  Born in Moose Jaw in 1932, Reg was a true hometown boy, attending public school and graduating from Central Collegiate.  After high school, he set off on a career in Retail Men’s Wear, first with Campbell & Dixon and then as a partner in Slater & York.

In 1963, Reg married Evelyn Hill and together they had two children, James and Karen.  As a family, there were many adventures and trips with his trusty camera always close by.  His most enjoyable trips had to be going overseas to England to visit his father’s side of the family.  After Evelyn’s passing in 1987, Reg was fortunate to find love again and in 1999 he married Peggie (Garner-Floyd).

Reg continued to work until he was 70, with his late job at Hunter’s Mens Wear.  He loved photography, dancing, playing the piano and organ.  He was always game for a picnic, rides in the country, and card games with friends.  But dearest to his heart was his love of classic cinema.

A very special thank you to the staff at Providence Place and the hardworking team on Edgar Hall.  Your kindness to Reg has not gone unnoticed, especially during this past year with Covid-19 making it hard for family to visit.  All of you hold a special place in our heart.

In keeping with Reg’s wishes, a Celebration of Life will be held at a late date.  As an expression of sympathy, donations in Reg’s name may be made to Parkinson Canada, #110B – 103 Airport Dr, Saskatoon, SK S7L 6W2 and Riverside Mission, 42 Manitoba St E, Moose Jaw, SK S6H 0A2.  Arrangements are entrusted to Moose Jaw Funeral Home, 268 Mulberry Lane.  Andrew Pratt Funeral Director 306-693-4550.