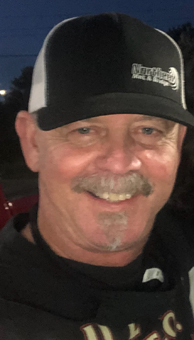 Paul Douglas Burris, aged 56 years of Moose Jaw, SK passed away on Wednesday, October 27th, 2021.  Paul was born and educated in Nova Scotia.  He moved to Alberta in 2012 and later to Saskatchewan.  He married the love of his life, Beth Read on September 17th, 2019 and resided in Moose Jaw until his passing.  Paul drove truck for Northern Mat and Bridge, a job he truly loved and was respected by the other drivers and operators.  He was a sports fan of NASCAR, the Saskatchewan Roughriders and Chicago Blackhawks.  Above all, Paul loved to spend time with his wife and family.